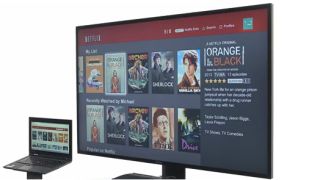 If it does happen, the Free-to-air service probably won't be as good as Netflix

Years after media corporations first discovered the benefits of a digital distribution platform for streaming television programs, it seems Australia's free-to-air networks are finally beginning to catch up, with reports Channel 7 and Channel 9 have joined forces to create their own on demand video service.

According to the AFR, the joint venture would be a pre-emptive strike against the possibility of major international platforms like Netflix and

It would also be a way for the networks to counteract the loss of eyeballs caused by people viewing programs on YouTube, via piracy or by bypassing the geoblocks on the current international services.

Doomed before it even begins?

But from all accounts, things aren't going smoothly for the prospective local streaming service. Despite the fact that Channel 9 has executives bunked over at Channel 7, the deal is in danger of not getting off the ground at all.

The AFR claims that Nine boss David Gyngell is frustrated by the slow pace of negotiations, despite the fact that it was Nine pushing hard for the partnership in the first place.

If the deal does fall through, it will further reinforce the idea that the free to air networks in Australia don't understand the benefit of the internet as a distribution platform.

With Foxtel Play now offering a standard IPTV platform for pay TV subscriptions, alongside ABC iView and SBS On Demand, and with new players like EzyFlix.TV hitting the market, a local subscription service from the FTA networks would be a welcome addition to Australian internet viewing services.