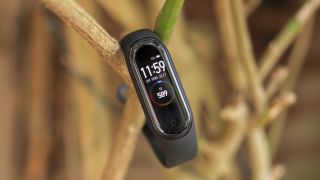 Xiaomi's next fitness tracker may come with a larger screen and contactless payment support, if a new leak is believed.

According to a report from Tizen Help, the Xiaomi Mi Band 5 is set to feature a 1.2-inch display compared to the 0.95-inch screen on the Mi Band 4.

Two sources have also told the website that the fitness tracker will support contactless payments around the world.

Previously, Xiaomi has only included NFC support for contactless payments on the Chinese version of the fitness tracker, not the versions available everywhere else. It's currently unclear if the company will be bringing its Mi Pay service to the rest of the world, or if it'll open up support for other third-party services like Google Pay.

We'd recommend taking all of these claims with a big pinch of salt as we've not seen Tizen Help leak much information in the past, and the website hasn't given any clear indication of where the information is sourced from.

Previously a Xiaomi executive has confirmed the company is developing a fifth generation of its popular, affordable fitness tracker but it's not currently clear when we'll see it launch.