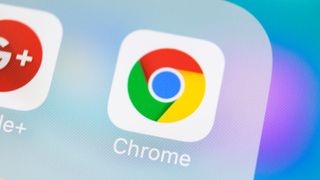 The latest Google Chrome update, which brings the browser up to version 79, contains a serious bug that's deleting app data from some Android devices.

The update had already been sent out to half of all Chrome users on Android, but Google has paused the rollout while it investigates the problem and works out a suitable fix.

As Android Police reports, the issue involves WebView, which is the component that renders webpages in other apps, such as Facebook and Twitter. These apps don't have their own browsers, so they use Chrome to do the job for them.

One of the changes made in Chrome 79 involved the location of some web data, but not all data was migrated across properly, as a comment on the Chromium bug page explains.

This meant that, when users updated to Chrome 79, this web data became inaccessible. That's not a major issue for some apps, but for ones like Twitter Lite, which are effectively web apps that run entirely in WebView, it's a real nuisance.

The troublesome update has already reached 50% of users, but Google has confirmed that it's paused the rollout while it decides what action to take. According to a comment on the Chromium blog, it's considering two options: either continuing the migration and moving the files to their new locations (as originally intended) or undoing the change and putting them back where they were previously.

It's tough to know exactly which apps are affected, because they don't typically advertise how they use WebView, but data stored online will be safe, and hopefully the problem will be rectified within the next couple of days.