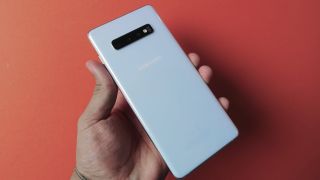 We've heard two previous Samsung Galaxy S11 launch date rumors, one pointing to February 11 and another to February 18, and a new leak suggests it will actually be the latter which is correct, but also that there will be another phone launching at the same time.

This piece of information comes from noted leaker @UniverseIce, who suggests the Galaxy S11 and also the Samsung Galaxy Fold 2 will release on February 18 at an event in San Francisco, USA.

This later release date means the phones will launch just before the kickoff of Mobile World Congress 2020 on February 24, an event that Samsung used to launch its flagship phones until 2019.

While February 11 is likely the more fitting announcement date, given it's the same number as the Samsung Galaxy model releasing, February 18 gives the company a little more time to perfect the devices.

We'd expect the Galaxy S11 to hit stores around a week after the launch event, but the original Galaxy Fold took over six months to release after being initially shown off, so the Galaxy Fold 2 could take a while longer to land in our hands.

This new foldable phone is expected to have a 'clamshell' design, so it folds in half horizontally like an old flip phone, unlike the original Fold which has a vertical hinge. This would make it a distinct device from its predecessor, so the two devices wouldn't compete as much.

There have been relatively few leaks surrounding the device compared to the original Fold though, so a lot of it is still a mystery. We'll find out more come February 18 (if the release date rumor proves to be true), but stay tuned to TechRadar before then in case the rumors ramp up.