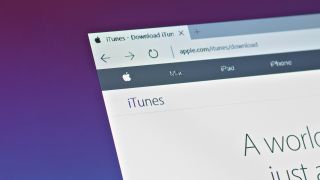 After killing off iTunes for macOS, Apple could be looking to do the same for Windows. The company has posted a job listing seeking a senior software engineer to work on Windows media apps, fuelling speculation that an iTunes successor could be in the works.

While the job ad doesn't give too much away, it does give a tantalizing glimpse into the future. In the listing, Apple says: "The Media Apps team is looking for a creative senior software engineer to work on the next generation of media apps for Windows. You will help build innovative features that will delight millions of customers around the world."

Neowin noticed the job posted on LinkedIn, but it can also be seen on the Apple site. In the qualification requirements, Apple says that "experience with UWP is a big plus".

The apparent embracing of UWP (Universal Windows Platform) means that Apple could well be looking to create a modern follow-up to iTunes that could be used not only on Windows 10 computers, but also on Xbox One consoles and other devices.

Apple doesn't mention iTunes by name in the ad, but as the suggestion that the job will appeal "if you love music and you are passionate about writing code" is a pretty strong indication as to what's in store.

Having split iTunes up into three separate apps – Apple Music, Apple TV, Books and Podcasts – in macOS Catalina, many people thought it a little strange that the app so many people love to hate lived on in Windows 10. Is iTunes finally getting the chop for Windows users? Time will tell.