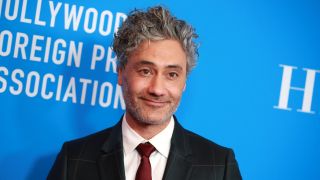 Another year, another Star Wars spin-off reportedly in the works. The rumor currently doing the rounds is regarding the Thor: Ragnorok and Hunt for the Wilderpeople director, Taika Waititi, who is apparently being courted to helm a new Star Wars movie spin-off in the near future (via The Hollywood Reporter).

Waititi has been involved with Star Wars in the past, having voiced the bounty hunter IG-11 droid for The Mandalorian on Disney Plus, and even directed the last episode of the series, so we could certainly see Disney having reason to court him for the role.

If the rumor has weight, we’re already feeling excited – if apprehensive.

There’s no doubt in our minds that a Taika Waititi Star Wars movie would be a brilliant night at the cinema, but Disney’s reputation for controlling the tone and creative flavor of its biggest franchises has caused problems in the past.

Multiple directors, including Phil Lord, Christopher Miller and Colin Trevorrow, have departed Star Wars projects over ‘creative differences’ – which is usually industry speak for ‘Disney hiring you for your name recognition, but not letting you direct the movie your own way’.

However, given our complicated love for Star Wars (as true love always is) and our admiration for Taika Waititi’s directing ability over the years – from hilarious music videos and off-beat New Zealand comedies to massive franchise blockbusters – we’ve brought together everything we’re hoping would come from such a collaboration.

1. A refresh for the series

Thor: Ragnarok was a real breath of fresh air for the series, given that its preceding films (Thor and Thor: The Dark World) are consistently ranked as some of the worst movies in the MCU.

After the closure of a saga with some universally acknowledged low points (the prequels) and some highly divisive ones (The Last Jedi, The Rise of Skywalker), it’s time for a reset that lays out a new tone for the series, without the baggage of plot points, characters, lineages, and otherwise dragging it down from previous creative visions.

While we’d love to see a movie dedicated to Broom Boy, it’s probably just as well we don’t linger in the world and timeline of the last few films.

Temuera Morrison voiced Jango Fett and his clones, but is it too much to ask to get some more Kiwi accents in the Star Wars franchise? There’s precedent for this in Waititi’s repertoire, having voiced the rock-man Korg in Thor: Ragnorok, and we think it’s a great opportunity to let some other comedic New Zealand talent shine in a blockbuster project such as this. Julian Dennison, who starred in the excellent Hunt for the Wilderpeople, wouldn’t go amiss as… a stormtrooper in training? A hapless rebel? Palpatine’s clone? It’s your movie, Waititi.

As the past few years has shown, keeping the tone of a trilogy consistent isn’t Lucasfilm’s strong point. 2016’s Rogue One spin-off was a brilliant war movie, with a firm ending and the confidence to offer its own take on the Star Wars universe. All we ask is that Waititi gets to bring his own flavor to the film and not get wrapped in three movies worth of muddled plotting he won’t end up seeing through.

Waititi’s early-career collaborations with New Zealand comedy music duo Flight of the Conchords are a perfect blend of absurd, satirical folk pop. A cantina band performance in the same style, or just an appearance of Bret McKenzie or Jemaine Clement (who played Vlad the Impaler in Waititi’s What We Do in the Shadows) would make this one movie to remember.

The duo's brilliant track Bowie's in Space should serve as all the audition they need for the galactic anthem we're looking for. It won’t happen – but we can dream, can’t we?