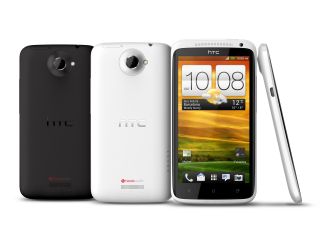 O2 will begin taking stock of the HTC One X smartphone on 5 April, with sales set to begin on that date or shortly after.

The 4.7-inch, quad-core, Android 4.0 device was announced at Mobile World Congress last month, but without an official launch date.

However, a tweet from the official O2 Twitter account, in reply to a customer query, seems to suggest that 5 April will be D-Day for the new flagship Ice Cream Sandwich device.

O2 customer Nicole Funning asked: "@O2 any idea on the tariffs and if existing customers need to pay for the @HTC one x?"

The network responded: "Hi Nicole, we're not due to get the HTC until 5th April so no decision on tariffs yet...keep an eye here: j.mp/wAzrCH"

That could either mean the company will be receiving stock on that date, or will start selling it on that date. We'd suggest the latter, but that would be a guess.

The impressively-specced HTC One X is likely to be one of the more popular Android handsets of the first half of 2012.

With a 8-megapixel camera also on board, the device is one of the pioneers of the exciting 1.5GHz quad-core Nvidia Tegra 3 processor.