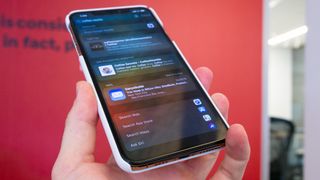 The next version of the iPhone operating system, iOS 14, will probably launch alongside the iPhone 12 in late 2020 - and a new rumor suggests it will be compatible with all the phones that can run the current iOS 13, from the iPhone 6S/iPhone SE onward.

The rumor states that the iPhone 6S and iPhone SE are favored to make it into the compatibility list, according to French site iPhoneSoft, which got the info from a source on the Apple Maps app team.

More interesting: the source asserted that next big iPad system update, iPadOS 14, will drop two older tablets from its lineup - the iPad Mini 4 and iPad Air 2, both of which were running A8-era chipsets (the A8 and A8X, respectively).

Apple generally bases its OS compatibility on chipset (and RAM), and tends to cut off older generations one chipset at a time. When it opts to do this isn’t entirely predictable, though the company is pretty conservative in its cutoffs, so it’s no surprise that Apple would choose to stretch out support for its older and still-prevalent devices.

It’s less surprising that iPadOS 14 isn’t keeping on older devices given how it’s still forking away from the general iOS feature set in order to distinguish itself with distinct perks that benefit from the iPad’s greater screen real estate.

Of course, Apple could change its mind in the months leading up to iOS 14’s release - iPhoneSoft says as much.