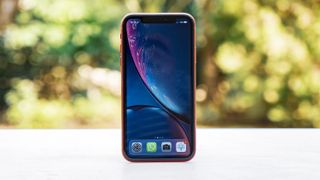 We were expecting the iPhone 12 series in 2020 to bring the first 5G iPhone, perhaps alongside a range of 4G devices, but it seems Apple might be charging ahead with its 5G program faster than we thought.

That's according to analyst firm Wedbush Securities, which released a report on Apple's plans for 2020. The outlook is supposedly optimistic with demand for the iPhone 5G said to be meteoric when it's released.

The Wedbush reports says, "We believe iPhone 11 is just the front end of this current 'supercycle' for Cupertino with a slate of 5G smartphones set to be unveiled in September that will open up the floodgates on iPhone upgrades across the board".

It's intriguing that the iPhone 11 is considered the frontrunner of this new 'supercycle' given that it's not a 5G phone, but that does mean we could see the 5G iPhone  be rather similar to the 2019 iPhones in terms of design.

In fact, Wedbush expects there to be five iPhones released in 2020, although of course they likely won't all be 5G. We're expecting the iPhone SE 2, an affordable iPhone which will likely be 4G and could have a 'Pro' version too, but it could be that all the rest of the new iPhones are 5G-ready.

You can already buy 5G phones now, but they haven't gained mainstream popularity yet, mainly thanks to the price but also due to the lack of connectivity as 5G is only available in a select few areas. However, when Apple launches its 5G iPhone popularity could increase, prompting many more people to buy the devices, and also encouraging developers to work with the tech more.

It still remains to be seen if Wedbush's predictions of 200 million to 350 million sales for the 5G iPhone are accurate though, given Apple is behind the curve with 5G phones.