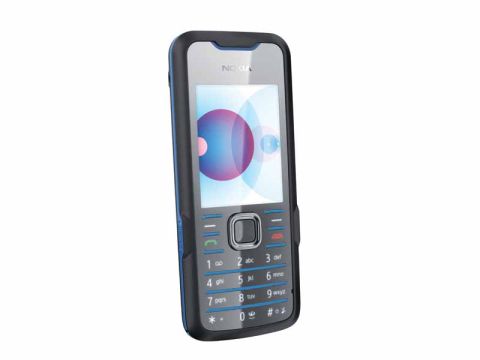 The Nokia 7210 Supernova is a basic, but reliable phone choice

It might not really be a stellar handset, but if you're looking for an ultra-light low-cost phone with a solid no-nonsense performance, the Nokia 7210 Supernova could well be a sleek, chic, slimline choice

Decked out in its bubblegum pink or vivid blue colour scheme Nokia's 7210 Supernova is just that – a slim and sleek stellar explosion of vibrant design.

However, apart from its literally dazzling looks this phone finds Nokia on familiar territory, with a candybar handset that is strong on messaging and phone features but for which 3G and Wi-Fi are in a different galaxy.

While it might not be weighed down with features, the 7210 Supernova does provide an affordable phone solution: as it is available SIM free for around £89.99, so there's no upgrade hassles.

The 7210 is also not 'weighed down' in a very real sense, as it is truly compact and lightweight – a mere 10.6mm thin – and is the kind of handset that will slip into bags and pockets virtually unnoticed.

The minimalist design approach involves a standard Nokia layout of selection keys based around a Navi pad but few other external controls, save for a mini-USB port, 2.5mm headphone jack and two-megapixel camera.

The keypad has more than a hint of the Motorola RAZR about it and while it looks great, it might take a little time to get used to how hard you have to press when you're messaging. Stick with it though as once you're there it's a slick, intuitive experience.

This phone uses the S40 operating system, so you get the benefit of a menu screen with large icons that is straightforward to navigate. Build quality is up to the usual durable Nokia standard, which is remarkable when you consider this phone weighs less than 70g.

One of the 7210's strengths is its beautiful simplicity. This extends to one of Nokia's now-standard features, uploading photos to an online Flickr account. Once you've set up your online Flickr details, it's a simple case of snapping a picture and pressing a couple of keys, and your photo will then be online.

Admittedly the two-megapixel camera isn't the most creative tool and the lack of a flash is going to frustrate some users. On the positive side there are a range of resolution settings, with 1200x1600 at the top and 120x160 at the bottom, and a range of picture effects and white balance settings.

You can also capture video clips at a decent 10fps (frames per second) and with a choice of resolutions – though it has be said both are relatively low settings.

Other multimedia apps include a music player and FM radio with RDS (Radio Data System).

The music player is adaptable enough to play a range of formats: MP3, Midi, ACC, ACC+, eACC+ and WMA but without the power of 3G or better, it's unlikely you'll want to download full tracks to the phone over the air. It's advisable to manage your tunes on a PC – Nokia's PC suite software is included to help you do this – and then side-load them onto the phone.

You can create playlists of favourite songs once on the phone and a graphic equalizer feature ensures you can add enough booty-shakin' bass to your hip-hop and top up the raspy treble when it's time to rock. Storage options for all this multimedia tomfoolery are a 30MB internal memory and a microSD card slot that adds the capacity for up to 2GB more content.

Time to talk and text

The quoted battery standby time for the Nokia 7210 Supernova is up to 250 hours. Although in our test we only squeezed 76 hours of use before the battery beeped its final warning. However, this included 30 minutes of calls and listening to half a dozen music tracks, along with game playing (Seasweeper, Suduko and Snake III are pre-loaded) and a bunch of texting.

The 7210 Supernova might not make its two hours of quoted talk time but considering the slimness and lightness of the phone it still represents decent value. Call quality was up to Nokia's usual high standard with crisp, clear reception for both sides.

It might not really be a stellar handset, but if you're looking for an ultra-light low-cost phone with a solid no-nonsense performance, the Nokia 7210 Supernova could well be a sleek, chic, slimline choice.