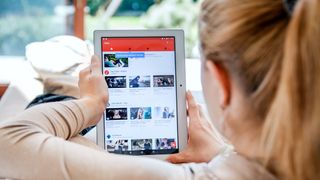 If you've noticed your YouTube feed looking a little strange recently, with an unusual amount of content designed for kids, you're not alone. A recent algorithm update appears to have skewed video recommendations so that even adults are being offered a list of cartoons and nursery rhymes.

The problem, which has been widely reported on Reddit, appears to be the result of an algorithm change, which Bloomberg reports was intended to push quality children's content to the fore.

Despite the minimum age for registering a YouTube account being 13, the service is hugely popular with young children. Unfortunately, it also has a history of hosting shoddy videos for kids, including surreal clips with word-salad titles intended to hit the top of searches and grab young viewers' attention. Some of these videos are peculiar but benign, whereas others are downright creepy.

According to Bloomberg, the algorithm change was an attempt to appease the Federal Trade Commission (FTC), and led to certain channels deemed higher quality children's content being surfaced, while others were suppressed.

This seems to have resulted in even adults' feeds being overrun with colorful cartoons despite previous viewing habits – and they can be surprisingly tricky to remove. One Reddit user reported having "painstakingly clicked "not interested" on every single one of those videos, then cleared my history to be sure," but the recommendations later returned.

It's understandable that YouTube wants to bury shoddily made videos for kids, but hopefully the algorithm will soon be adjusted to be a little less zealous in promoting content for preschoolers to grown-ups.