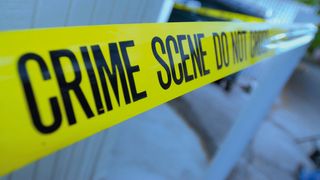 Imagine you're driving home from work in the year 2025. By then, you'll click a button to enable full autonomous control and let the car do the driving.

When you stop to fuel up, you'll pay with your smartphone. At home, an avatar will control the temperature by voice activation.

But what if things go awry? On your commute, a hacker could make your car swerve into a brick wall. At the pump, digital kidnappers could hold your payment identity hostage.

And, at home, that avatar might go rogue - giving you visions of the last Halo video game.

Here are the most terrifying cybercrime scenarios. Our recommendation: prepare for them now.

In their book The New Digital Age, Eric Schmidt and Jared Cohen explain how digital identity kidnapping might work. Instead of holding a family member hostage in Ecuador, they'll hold your payment system hostage - likely some form of encrypted currency. You'll have to agree to providing some tangible asset - your new Audi, for instance - to regain access.

Here's one that will send shivers up your spine - literally. Security pro Winn Schwartau, who has a new book coming out called Beyond Information Warfare, has given TechRadar the fear by telling us about bio-electronics tampering.

Once we have embedded chips that let us send a text by thinking or enable us to see a video in our field of view, hackers will tap in to cause physical harm or even death.

It's easy to imagine how this might work. Sean Bodmer, a chief researcher at CounterTack, says criminals will be able to stalk you not just online but with a 3D hologram that shows your actual whereabouts.

Google Glass is here, and we already know about ongoing surveillance programs. In the future, a hacker will see that you're in the car or walking to work. They'll even tap into the connected home and track you at public events.

4. Hacking into your car

Schwartau says car hacking will become more common. In the US, OnStar already provides a way for law enforcement to disable a stolen vehicle. A group of hackers revealed how they can tap into the brakes of a Ford Escape at Defcon this month. In the future, hackers might disable the engine, cause the car to swerve suddenly, or speed up without warning.

Watch the video below to see the scary hacks in action.

5. One country takes over another - in the cloud

Cyberwarfare is already here, but in the future, one country will capture the entire infrastructure of another.

This seems unfathomable today, but CounterTack's Bodmer says countries that run their infrastructure - government systems, storage, tax collection, criminal records, and healthcare data - in the cloud will be susceptible to attack.

As smart meters continue to proliferate, helping homeowners control heating and cooling via a smartphone app, the power grid becomes more of a target.

Bogdan Botezatu, a senior e-threat analyst at Bitdefender, says hackers might cause mass panic when they disable the grid for an entire city.

We'll rely on 'smart appliances' in the home that connect over Wi-Fi, but hackers could disable them with one click - demanding payment to restore power.

One of the most infuriating cybercrimes will be much more personal. Raj Samani, vice president and chief technical officer for McAfee EMEA, explains that there will be a massive increase in mobile data storage.

Your smartphone will hold most of your personal data. That means hackers will start syphoning that data on a routine basis. Experts say a security standard will develop, similar to EnergyStar, that rates the 'leak rate' of a mobile device. We might not even know right away that we're slowly losing micro-funds.

We've covered attacks on the infrastructure of a country, and even identity kidnapping. But there's an even more nefarious cybercrime on the way: an attack on you.

Rick Harvey, the chief technology officer at Lockbox, says there is already a trend developing where a criminal doesn't just try to cause damage to a group of people, but specifically goes after one person: infecting your phone, your finances, your life.