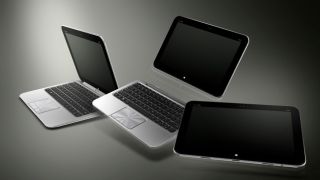 Some unfortunate folks who bought one of the initial 2-in-1 notebooks to hit the market and subsequently upgraded Windows 8 to Windows 10 (via the free offer) have found that their convertible is no longer compatible with Microsoft’s newest OS, as of the latest Creators Update.

These hybrid laptops, which were sold back in 2013 and 2014, run older Intel Atom (Clover Trail) processors, and were classified as compatible with Windows 10 back when it was released. And indeed they supported previous upgrades such as the Anniversary Update, but the Creators Update is not compatible with the CPUs.

Trying to install this latest update on one of these 2-in-1s brings up a ‘Windows 10 is no longer supported on this PC’ message which doubtless caused more than a little head-scratching for those confronted with the error.

As mentioned, this affects machines running Clover Trail Atom processors, and ZDNet, which highlighted this issue, tried the upgrade on an HP Envy X2, confirming that it was blocked from installing the Creators Update – despite the initial Windows compatibility check giving the laptop the thumbs-up.

While Microsoft doesn’t appear to have addressed this compatibility issue at this point, Acer has documented the problem, and observed that it affects the following Intel processors: Atom Z2760, Atom Z2520, Atom Z2560 and Atom Z2580.

This bugbear effectively leaves these machines in the lurch, being stuck on the previous Anniversary Update. And not only does that mean missing out on the latest new features of Windows 10, but it could lead to problems receiving security updates if the issue isn’t fixed in a timely manner.

That’s because Microsoft has instigated a policy to ensure that Windows 10 users upgrade to the latest feature release, whereby a major update is only supported with security fixes for 18 months. In other words, security patches will run out for the Anniversary Update come the start of 2018.

And if this compatibility problem hasn’t been solved by then, that could potentially leave these users out in the cold and potentially exposed to threats.

The worry is that this is a deep-rooted problem which might be a thorny task to tackle, but hopefully Intel and Microsoft can put their heads together and come up with some solution.

Otherwise, the Windows 10 upgrade really shouldn’t have been offered to owners of these machines in the first place. It also begs the question whether future updates could cause problems for other PCs running older processors.

The good news is that according to Acer: “Microsoft is working with us to help provide compatible drivers to address this incompatibility.”

But it would be even better to hear some official word direct from Microsoft that all this is in hand, and folks don’t have to fret about what might happen to their convertible notebook as 2018 rolls around.

Meanwhile, if you own one of these machines, about all you can do is sit tight and hope for a positive resolution.