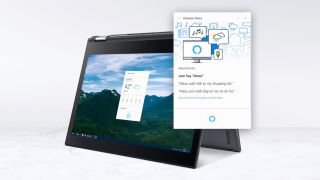 We might just witness a future where a Windows 10 user could replace the operating system’s integrated voice assistant, Cortana, with another digital helper of their choice.

Take Amazon's Alexa, for example, which Microsoft has already brought on board with some notebooks and desktop PCs through its Microsoft Store.

This is the latest from the rumor mill, as spotted by Engadget, with Albacore and WalkingCat (the latter a prolific Microsoft leaker) highlighting evidence and application programming interfaces (APIs) pointing to this possibility on Twitter.

This looks like it might be related to assistants? You'll be able to configure permissions for Voice Activation using keywords/hotwords. pic.twitter.com/VwFt4nYPg5December 14, 2018

Albacore spotted fresh options in testing potentially related to voice assistants, whereby you’ll be able to specify voice keywords, such as ‘Alexa’, to fire up Amazon’s assistant via its app (the Alexa app is already on Windows 10, after all, with the assistant being baked into a number of laptops carrying Microsoft’s latest OS).

Preview builds of Windows 10 have already seen some testing of splitting up Cortana and core search functionality into two separate entities on the taskbar – for a limited set of Windows Insiders – as highlighted by another denizen of Twitter.

So, coupled with the other aforementioned evidence, the overarching theory is that Microsoft could eventually let users effectively replace Cortana with another third-party assistant.

This is, of course, just pieces of speculation based on titbits in the test versions of Windows 10 right now, so we certainly shouldn’t get carried away with this idea.

It would be a huge move for Microsoft to allow for a wholesale replacement of Cortana, for sure. That said, the winds of change seem to be very much blowing through Windows 10 at the moment – just look at what’s just happened with Edge abandoning its own proprietary browser engine and switching to Chromium.

So maybe – just maybe – all this talk of allowing users to effectively give Cortana the elbow isn’t so far-fetched, after all.