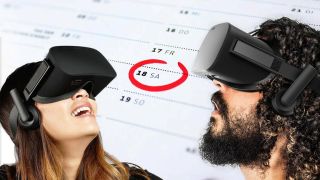 The company behind the VR headset promises that any orders made on its website from this point on are guaranteed to ship within two to four business days.

"We want to apologize for the delays in getting Rifts to doorsteps," writes Oculus in an official blog post. "We appreciate that without your support, VR wouldn't be where it is today."

Lessen the Rift between order and shipment

The Oculus Rift was hit with delays getting out to early bird buyers, resulting in some of the first-ever shipments running behind schedule by as much as 10 days. A similar shortage affected the launch of the HTC Vive - the Rift's main competitor.

In addition to reducing the time getting the Rift our their door and to yours, Oculus also announced that its Oculus Touch motion controllers are still on track for release later this year.

Despite not launching with the Rift, Oculus assures that over 30 titles will be playable with the Touch from the start. Details will be given out during the company's third-ever developer's conference, Oculus Connect, beginning October 5.