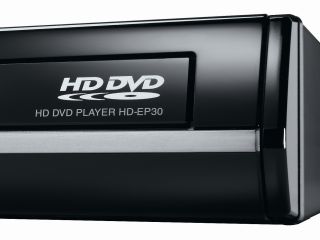 By the end of 2008, Blu-ray will be the winning format - the war with HD DVD will be over

Rumours abound that Toshiba will pull out of the HD format war in the coming weeks, admitting defeat for HD DVD and handing victory to Sony and Blu-ray.

Warner Bros arguably struck the killer blow to HD DVD when it defected to Blu-ray on the eve of this year’s CES. Since 5 Jan, the HD DVD camp has fought on (see below). But it’s become a hopeless situation, like baling out the Titanic with a shot glass, or being the 301st bare-chested Spartan to the battle of Thermopylae.

With only Paramount and Universal currently providing Hollywood support, the future for HD DVD looks grim. So we reluctantly begin our HD DVD 'death watch' - the end can't be far away now...

Feb 16: Toshiba almost out of HD DVD, but not quite
Wal-mart finally chooses to dump HD DVD; Reuters reports that Toshiba is thinking of throwing in the towel; BDA puts the champagne on ice...

Feb 7: Analysts predict Blu-ray to kill off HD DVD in 2008
"Gartner expects that, by the end of 2008, Blu-ray will be the winning format in the consumer market, and the war will be over."

Jan 10: Retailers unwilling to give up on HD DVD yet
Stores wary of declaring an end to the format war

Jan 9: XBox 360 could go Blu-ray, says Microsoft
After all, it’s just a case of putting a Blu-ray drive in a box

Jan 8: Now Paramount to drop HD DVD?
Rats and sinking ship spring to mind, but there’s no truth to the rumour

Jan 7: Toshiba: 'HD DVD is not dead'
Warner/Blu-ray bombshell is only a flesh wound…