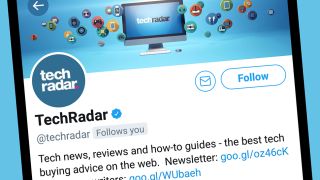 Two months after testing began on Twitter to once again let users view newest tweets first, the feature is finally being rolled out more widely, beginning with the iOS version of the microblogging app.

Twitter’s solution to addressing the problem is to add a sparkle button above the timeline that will allow users to toggle between seeing a chronologically-ordered view and the 'smart' one generated by the company’s algorithm.

The change is now permanent for all users, with the icon already being available in the official Twitter iOS app – although Android and web users will need to wait until the new year to see tweets in order.

New on iOS! Starting today, you can tap ✨ to switch between the latest and top Tweets in your timeline. Coming soon to Android. pic.twitter.com/6B9OQG391S18 December 2018

In case you missed it

The algorithmic timeline, which became the default option four years ago, will continue to appear in the Home view and users will need to tap on the 'sparkle' icon to switch to the reverse-chronological feed.

The company will monitor your behaviour and, if you repeatedly switch to the seeing the latest tweets first, will make that your default.

The move, Twitter explains, is in recognition of all the feedback it received from users after the algorithmic view became the only option. The company also admits that the site is mostly used in real time, especially during live events like sports.