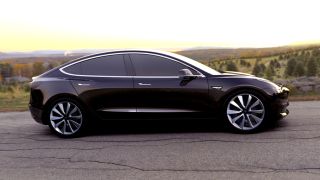 Attention, Tesla owners: your car's autonomous technologies are about to get a lot smarter from next month, although the intelligence is going to be added in stages, according to a tweet from Elon Musk.

The Autopilot upgrade we're talking about is the one announced in October that gives every new Tesla Model S, Model X and Model 3 (coming in 2017) the ability to go fully autonomous thanks to a bank of 8 cameras and on-board radar equipment.

That doesn't mean you can let your car drive itself - that's still not legal - but over the course of the next year Tesla wants to push out software that makes it all possible, once the regulatory hurdles have been cleared.

A better Autopilot by Christmas

The "three weeks" Musk talks about refers to the 8.1 Autopilot update, an "enhanced" version of the software rebuilt for the cars' latest hardware. Right now the newest cars are behind the old ones in terms of auto-steering and auto-parking because Tesla's engineers are rewriting a lot of the code to improve it.

By the end of December the lower level parking and steering features should roll out to your new Tesla Model X or Model S, if Musk's timeline is right - although details of what exactly the 8.1 update includes are pretty sketchy at the moment.

At least you can look forward to some kind of update dropping before Christmas arrives. After that, "monthly releases" will add extra functionality, all the way up to the level 5, fully autonomous capabilities that are slated to be in place by the time the Model 3 arrives in 2017/2018.