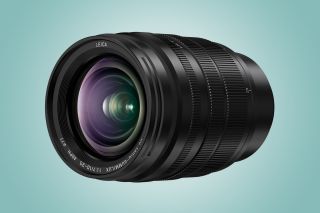 Panasonic has made no secret of the fact that it's launching a new 10-25mm f/1.7 lens for its G-series cameras, and that news will have no doubt provided some relief to existing G-series users in light of the arrival of the newer S1 and S1R bodies.

However, the company has only officially confirmed a few details of the new optic, and has only gone as far as showing it off at a handful of events – but a leaked spec sheet and press shots that have emerged tell us more.

Japanese camera-leaking website Nokishita spotted that US retailer Focus Cameras had published specs on its website before hastily removing them:

Other details include a stepless 'de-clicked' aperture ring, and a dust-proof and drip-proof construction with freeze protection down to -10C.

The lens was listed on the retailer's website with a price tag of $1,797.99, which works out to around AU$2,560 in Australia and £1,400 in the UK, although there's no guarantee that prices won't be higher or lower in specific territories.

With holding pages for the lens now also appearing on other retailers' sites, it seems it won't be long until Panasonic makes the 10-25mm f/1.7 official.