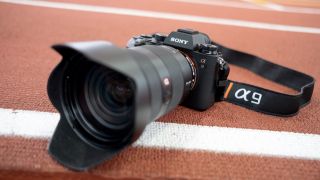 Sony hosted its second Alpha Photography Awards in Sydney last night and there were plenty of lights, cameras and parkour action to accompany this event, which celebrates the best of Australian and New Zealand photography.

The Japanese technology giant took the opportunity to introduce the Australian public to its latest pro camera, the Sony Alpha A9, which was announced in April this year.

Vivek Handoo, Sony’s Head of Digital Imaging for Australia and New Zealand, said at the event, “Having an audience of such passionate photographers was the perfect opportunity to showcase the newest addition to the Sony camera range – the Sony A9. We’re so proud of this camera.”

First of its kind

It’s pretty easy to understand why Sony would take pride in the A9, with the high-end shooter boasting features that aren’t available on any other professional camera in the market.

Sony calls this “the most technologically advanced, innovative digital camera” the company has ever produced, featuring blackout-free continuous shooting at up to 20fps, 60 AF/AE tracking calculations per second and a maximum shutter speed of up to 1/32,000 second.

The A9 was created to challenge the Canon 1DX II and the Nikon D5, but how well it’ll do against those established players remains to be seen, especially given it’s carrying the hefty price of $6,999… and that’s before you add a lens.