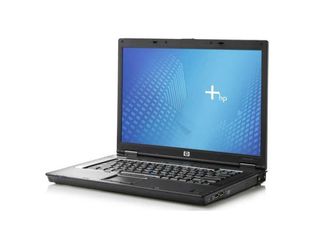 Turbo Memory for your laptop sir? No thanks, says HP

Intel 's Turbo Memory will not appear in notebooks from leading brands HP and Sony . Both companies have rejected the flash memory technology thanks to concerns over compatibility with Microsoft's Windows Vista operating system.

Speaking to ZDNet , an HP representative said a decision had been made not to include Turbo Memory in the company's first generation Santa Rosa notebooks. According to HP, the problem involves limitations in the current implementation of ReadyBoost and ReadyDrive.

Part of the problem involves the way Vista partitions available flash memory. The first iterations of Turbo Memory are typically 1GB in size. Vista then divides this into two 512MB pools, one each for ReadyDrive and ReadyBoost.

"A customer can have more flexibility with an SD card or USB key because they can choose for themselves [when to add it and] pick the price point at which they want to add that technology. We're not forcing them into paying X and being locked into 512MB," an HP representative told ZDNet.

As for Sony, the Japanese technology giant has gone a step further, claiming the first release of Windows Vista does not support Turbo Memory.

"The issue is that the OS needs to learn what to load into the Robson memory in order to increase performance. There is no customer benefit right now [so] we decided not to integrate Robson and H-DD in the summer line-up [of new notebooks]," Sony said.

Sony and HP expect an upcoming service pack for Windows Vista to address the problems. But what does Intel have to say on the subject? Speaking to Tech.co.uk, Intel's Al Kemp flatly denied that Vista lacks support for Turbo Memory. "In fact, Turbo Memory is the only technology that can benefit from both ReadyBoost and Readydrive. The support is there in Vista," Kemp said.

He also pointed out that Turbo Memory has in inherent latency advantage over conventional memory cards thanks to its PCI Express interface. However, he did concede that the benefits of Turbo Memory were dependent on usage patterns.

Moreover, with the likes of Dell, Asus, Acer, Toshiba and others all offering notebooks with Turbo Memory technology, there is no clear consensus.

Here at Tech.co.uk, we've taken one of the very first Turbo Memory-enabled laptops for a spin. At best, the results were inconclusive. ReadyDrive and ReadyBoost are so-called learning technologies that track and adjust to usage patterns. For now, it's awfully hard to be sure exactly how well they jive with Turbo Memory or how much benefit they deliver.