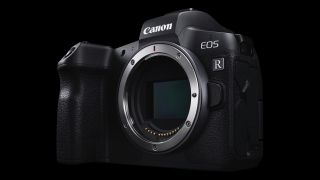 One of the mysteries surrounding the new Canon EOS R has been what the R in EOS R means, but now it looks like the riddle may have been solved.

In a recent interview with Canon executives, DCWatch (a Japanese camera website) asked the burning question.

Hopefully this hasn't got lost in Google translation, but in an excerpt from the interview, Canon commented that "the development concept word for this new system is 'Reimagine optical excellence'. The letter 'R' took the first letter of its first word 'Reimagine'. However, in the development stage, various words such as 'Revert', 'Reborn', etc [beginning with] with 'R' flickered with the meaning of 'redefining' EOS again to 'reactivate'. As a result, we have developed the concept of 'Reimagine optical excellence'. And decided to use 'R' for both product name and system name".

So there, you have it. But that's not all, as DCWatch also asked about how Canon's EOS M range of APS-C mirrorless cameras fitted in alongside the new EOS R system. Canon commented that "since EOS R is a full-size system, it can not be downsized to EOS M size. EOS M has a role/existence value as an APS-C system".

Reading between the lines, it looks like the EOS M system will always be based around APS-C and will continue in the Canon range, but don't expect to see a pocket-sized EOS R camera. That said, it doesn't discount the possibility that we could see an APS-C EOS R camera, as has been rumored - perhaps a mirrorless replacement for the EOS 7D Mark II?

DCWatch also asked about the three new lenses launched with the EOS R. A Canon executive said the company felt that it would not have been possible to produce the lenses, in particular the RF 50mm f/1.2L USM for its existing EF mount, as the resulting lenses would have been too large and heavy; however, the freedom afforded to engineers by the shortening of the flange distance (the space between the rear of the lens and the sensor) on the new RF mount has made the new lenses possible.