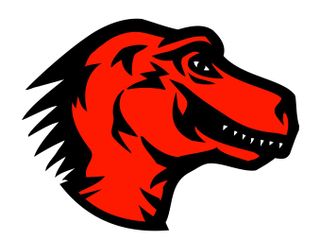 Could Mozilla persuade you to abandon Android?

You've got to admire Mozilla. This is an organisation whose people don't know the word "can't".

If Mozilla had a disappointing holiday at Butlin's, it wouldn't bother writing an angry letter: it'd promise to build its own holiday camp and let everybody in for free.

Mozilla's biggest claim to fame, of course, is Firefox: faced with Microsoft's effective monopoly on web browsers, Mozilla built a better browser, spread the word and rebooted the web. So it's interesting to see the organisation's latest target: Google.

Mozilla isn't happy about two things. It's unhappy about the way that apps are segregating the web, with native apps able to access smartphone and tablet hardware that web-based apps can't; and it's unhappy that with Android, Google appears to be more mouth than trousers. For all Google's talk of openness and sharing with the open source community, there are often long delays between Google releasing new versions of Android and sharing its code with the wider world.

Mozilla's solution is codenamed Boot To Gecko, and it promises to be a brand new mobile OS. But will it work?

There's no doubt that Android has issues - not just the speed of Google's sharing, but the patent claims that threaten to disrupt Android's momentumand scare manufacturers - and Mozilla is absolutely right that web apps could be as good as native ones.

Apple's desire to get a cut of everything that's viewable on a Retina Display hardly instils confidence, and Microsoft would no doubt try similar antics if it had the market share.

What worries me is that Mozilla's solution won't work. It's a tough one to call, because so far Boot to Gecko is a topic for discussion rather than a defined plan, but it looks like there are two main possibilities here: an alternative OS that Android users have to seek out, install and then boot into when they want to use its apps, or a whole new mobile OS.

If it's the former, it's not going to give Google anything to worry about. And if it's the latter, I fear Mozilla is trying to punch above its weight. A rival operating system is whole different ball game, desktop Linux versus Windows rather than Firefox versus Internet Explorer, and it's one where I fear Mozilla isn't big enough or strong enough to compete.

That's Nokia-scale stuff, BlackBerry-scale stuff, Microsoft-scale stuff, and even those firms are finding things difficult in mobile: Nokia's MeeGo adventure appears to be over, RIM's laying off staff and Microsoft admits that Windows Phone isn't doing the numbers it'd like.

I think Mozilla's right when it warns that the mobile web is becoming increasingly closed. But I can't help thinking that unless it gets a Google-sized backer, it's planning to bring a spud gun to a tank battle.

Liked this? Then check out Best Android phone - which should you buy?