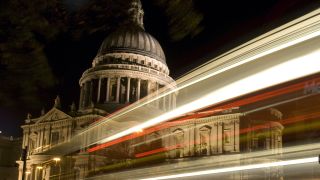 We've got the need for speed

The UK's 4G rollout has been embarrassingly slow, dragging well behind the US (and rest of the world) in both coverage areas and the devices capable of enjoying faster speeds. But it won't be seen making the same mistake again.

To ensure that Europe is in pole position this time, the EU is teaming up with South Korea to research and develop 5G.

The two parties will not only share a knowledge hive but will also make sure that radio spectrums are properly aligned this time around. Neelie Kroes, Vice President of the EU Commission, said the plan is to "speed up and win [the] global race to create 5G".

The new dynamic duo will also be researching the Internet of Things, which will obviously become a bigger deal as data speeds increase.

It should make for a formidable alliance. South Korea is currently pushing to get 5G up and running by 2020, and Samsung has already said it's had success with testing key 5G technologies.

There's no word on when we might see 5G a reality in Europe - don't expect to see anything for some time yet - but Brits will be at least glad to hear that they might be among the first to get their hands on it when it does.

You can read the whole press release, complete with all the nitty gritty details, right here.