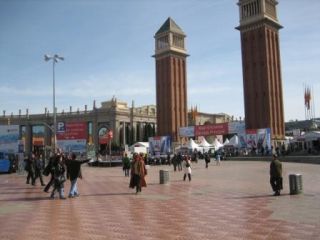 The lowdown on Mobile World Congress 2012

Time is short. You're busy. You might not have time to browse our in-depth Mobile World Congress 2012 coverage.

It's why we've clustered together the most interesting handsets from the Barcelona show into a handy top 10 best phones list.

And it's why we've stripped out the hottest trends and squashed them into bite-sized info-nuggets so you know what technologies and issues are shaping the future of mobile.

If you'd like to see our top tips for 2012 mobile tech in video form, you can! Right here:

Let's kick off with…

The biggest phones of Mobile World Congress 2012 are also the fastest phones we've ever seen, capable of 'astonishing speeds'. The HTC One X, ZTE Era, LG Optimus 4X HD and Huawei Ascend D Quad all come revved up with quad-core chips, which offer blistering speeds to cope with entertainment apps nobody has built yet. See our quad-core phone comparison for more details.

The question is: do we need phones with four cores? Nokia CEO Stephen Elop doesn't think so. "You don't need a quad-core phone unless you want to keep your hands warm in your pocket," he told us. The smartphone spec race is obsessed with bigger, brighter HD screens, faster chips and slimmer designs. What about a better user experience and longer battery life?

With the introduction of quad-core processors, a fierce battle is about to break out between mobile chip manufacturers. The custom-built K3V2 chip inside the Huawei Ascend D Quad gets its mobile muscle from four ARM A9 cores. NVIDIA's Tegra 3 also boasts quad A9s, but also includes a fifth companion/'ninja' core for less strenuous tasks. You'll find the Tegra 3 inside the HTC One X and LG Optimus 4X HD.

That's not to say that dual-core has had its day. Qualcomm has claimed that its new dual-core S4 Snapdragon chip can outperform Tegra 3 thanks to its new Adreno 320 GPU. While Samsung's next generation Exynos CPUs will be based around two ARM Cortex A15 cores. Intel has also revealed dual-core x86 Medfield chips in the shape of the Atom Z2580 and low-cost Z2000. But nobody is really interested.

When the iPhone launched in 2007, we salivated over the thought of a 3.5-inch touchscreen display. Now, that seems woefully inadequate as display sizes have crept beyond 4 inches and up to 5. The HTC One X, for example, has a 4.7-inch display, while the LG Optimus Vu has a 5-incher to provide some competition for the 5.3-inch Samsung Galaxy Note.

More streamlined and accessible to new smartphone users, it's arguably the best version of the Google OS yet. Read our Android 4.0: Ice Cream Sandwich review for more details.

So where are all the Windows Phones? Apart from Nokia, which showed off the Lumia 610 running Windows Phone Tango, Microsoft-powered phones are thin-on-the-ground. We can only assume that the likes of HTC and Samsung are looking ahead to the forthcoming Apollo/Windows Phone 8 build later in the year.

If you were expecting a flood of new Android tablets at this year's MWC, you'll be disappointed. ZTE, Huawei and ViewSonic all announced new devices; Samsung revealed the Galaxy Note 10.1; while ASUS unwrapped the new Transformer Pad Infinity. The shadow of the iPad 3 has made the bigger manufacturers cautious. A we'll-wait-and-see-what-Apple-does attitude prevails.

Have you noticed that the names of new phone models are getting longer? They used to be short. Like the Nokia N97. Or the Motorola RAZR. Some still are, like the iPhone 4S and HTC One X. But new phones like the Huawei Ascend D Quad and LG Optimus 4X HD are a real mouthful.

It's always interesting to see how the mobile landscape shifts over time. Nokia, Motorola and Ericsson used to dominate phone sales. But now the most popular phones are being produced by Samsung, Apple and HTC.

As for the future, you wouldn't bet against this trio staying on top. But watch out for the likes of Huawei, ZTE, ASUS and Panasonic, which have all revealed good-looking, high-end phones at this year's show. ZTE, which launched its flagship quad-core Era handset at MWC 2012, wants to be a top three handset provider by 2015.

We don't know if you've thought about this, but these future phones are going to be expensive. Who's going to pay for all this quad-core speed and roomy HD displays? We are. So don't get used to the £30-£35 per month tariffs that you're used to paying. If you want a super-phone like the LG Optimus 4X HD, you'll probably have to pay through the nose for the bragging rights.