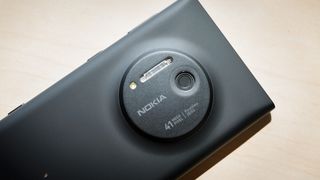 The headline-making Nokia Lumia 1020 smartphone-cum-camera is now available for $100 less in the United States, potentially a sign that Microsoft is already ringing the changes at Nokia.

The price is being matched by the AT&T network, but Microsoft is going one better (for a limited time) and chucking in the camera grip accessory for everyone who picks up the device.

Early indications are that the heavily-hyped Lumia 1020 hasn't been flying off the shelves, so perhaps this price cut can offer Microsoft a boost in the early stages of its Nokia stewardship.

The device is yet to enjoy a full launch in the UK, despite being on sale since late July in the United States.

So far, the device is only on sale in Britain through the independent Expansys site, for the not-insignificant SIM-only price of £599, and there is little support from networks as yet.

It is, of course, entirely possible that the price cut is unrelated to Microsoft's buyout of Nokia's devices and services unit, but the timing is rather convenient. Let us know your thoughts in the comments section.