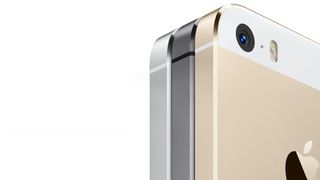 The anticipation is over - Apple has unveiled the iPhone 5S to the world and is now available. But now we're onto the next question: where can we actually pick one of these up and which 4G networks is it compatible with?

Well, we have the inside information on who will be stocking the new iPhone. Here's the 411.

Optus will be stocking the iPhone 5S, with orders begining online from 2am, September 20. The handset will be available on all of Optus' My Plan options, which include unlimited SMS and MMS.

As Apple has a TD-LTE compatible iPhone 5S variant, Optus will stock the the multi-band handset to work on its new 4G Plus network.

But Optus has indicated that it will be looking to use its 700MHz spectrum band allocation to further develop its 4G, which may effect this iPhone model from 2015 as Apple has not included 700MHz compatibility in the handsets.

The iPhone 5S will be compatible with Telstra's current 4G FD-LTE network, as well as with its developing LTE-Advanced network.

However, as Telstra has also said that it will be using its 700MHz allocation to develop its LTE-A network, it may face similar issues as Optus with the 700MHz band not included in the iPhone 5S and 5C.

The 16GB 5S on Telstra's $100 plan will come with $4 monthly repayments over 24 months, $900 of calls and MMS, unlimited SMS and 2GB of data. On the $130 plan, the smartphone will again have $4 handset repayments per month over 24 months with 3GB of data and unlimited calls, SMS and MMS.

The phone has been available to Vodafone customers from 8am, September 20 on its 4G network.

Vodafone will be offering the iPhone 5S on Vodfone's new Red plans, on either a 24-month or hand 12-month contract. All plans come with unlimited calls, SMS and MMS, and either 1.5GB, 2.5GB or 5GB of data depending on plan level, as well as priority customer care and Roam Like Home.