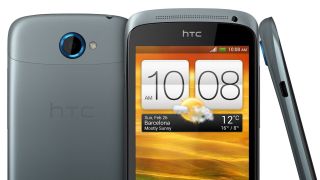 Predicting big sales for its One series of handsets

HTC is predicting big sales in the second quarter of 2012, as it pins hopes on its new One range of handsets.

After releasing its first quarter financial results for 2012, HTC confirmed that revenue had fallen – probably partly due to the firm slipping away slightly in the Android mobile market.

All for One and One for all

However the Taiwanese manufacturer predicts a turn-around in fortunes in the next quarter, as it expects revenue to increase by $35bn (£21bn) to $105bn (£65bn) on its first quarter performance.

The business review document released by HTC heavily references its HTC One range, pointing out how well-received the One X, One S and One V have been.

It seems that HTC is hoping its One series of handsets can convert the praise they have received into big sales, but with the Samsung Galaxy S3 on the horizon, it may well have its work cut out.