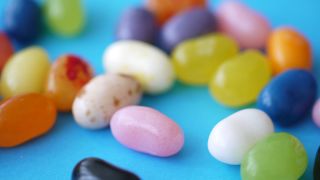 The Flash content of these Jelly Beans just went way down

Adobe has given Flash Player for Mobile its death date and confirmed that the plug-in will not be coming to Android 4.1.

After August 15 you will no longer be able to download the plug-in from Google Play.

Adobe is washing its hands of responsibility for Flash Player on Jelly Bean altogether with its recommendation being to uninstall Flash Player on devices that have been upgraded to Android 4.1.

Although upgrading from Android 4.0 to 4.1 (Ice Cream Sandwich to Jelly Bean) won't remove the Flash Player software, Adobe warns that "the current version of Flash Player may exhibit unpredictable behaviour" if you try to keep using it.

That's because there will be no certified Jelly Bean edition of the software and very limited updates after August 15 2012, restricted only to those devices that have Flash Player already installed.

Adobe made the decision to stop pushing the Flash plug-in for mobile in November 2011, deciding instead to back HTML5's faster, less crash-prone horse in the multimedia mobile web race.

Android users may be a little disgruntled by this turn of events, but iPhone and iPad owners needn't worry – they never had Flash to begin with thanks to Steve Jobs' unwavering conviction that HTML5 was the future of the mobile web and Flash was little more than a flash in the pan.