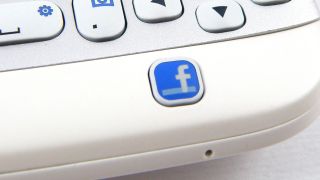 Mark Zuckerberg has insisted that a Facebook phone "wouldn't make sense" for the company to do.

With Facebook's first financial results since their IPO just about holding up to expectations - but not doing enough to stop shares plummeting - Zuckerberg discussed the company's future in an earnings call.

When asked directly about rumours around the HTC Facebook phone, Zuckerberg stated that a smartphone "really wouldn't make much sense for us to do."

Instead, Zuckerberg wants Facebook to focus on improving its mobile apps and integration with all mobile devices.

"We want not just to have apps that people use, but be as deeply integrated as possible, where other apps can build on top of Facebook," Zuckerberg said.

Embedded Facebook functionality has already been seen in handsets, but Zuckerberg is aware that being platform agnostic is a key factor in keeping his audience.

But if the company's value continues to drop, don't rule out some more ambitious moves from the world's biggest social network.