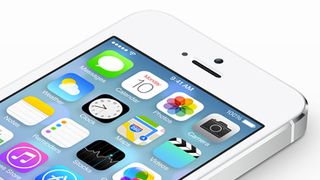 Our screens might remain sapphire-less for a while yet.

Just before the weekend it was uncovered that Apple was preparing to build large quantities of sapphire crystal displays.

This followed a patent filing which described the use of an extra-resilient material on the iPhone screen, so the natural assumption was that we'd see a sapphire crystal clad iPhone 6.

Unfortunately it doesn't look like that will be the case, as Chinese site MyDrivers is citing sources from Taiwan's industrial chain as saying that it's unlikely the iPhone 6 will have a sapphire crystal screen.

That's not for lack of trying as apparently there are already prototypes of the device that are rocking a sapphire display, but according to the unnamed sources the production capacity is too low and the costs too high.

It's not all bad news though as the same sources claim that Apple's iWatch will have a sapphire crystal display instead.

Tougher than a gorilla

Apple is no stranger to sapphire crystal as it already uses the super-strong material to cover the fingerprint reader on the iPhone 5S as well as for its camera lens, but making the move to displays is a big step and it could mean the end of scratched and shattered screens as sapphire crystal is substantially more resilient than Gorilla Glass.

Unfortunately it's also around ten times more expensive, so it's no wonder Apple is struggling to keep the costs down.

That's not to say that future iPhone's won't use it, but it doesn't look likely that it will appear in the iPhone 6's screen. If you can't wait any longer for a handset with a sapphire crystal screen though you're in luck, as the Vertu Ti has one and it can be yours for around £6,700.