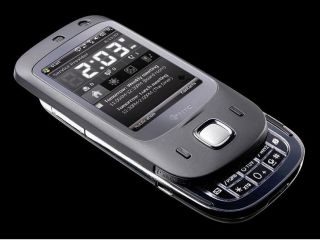 The HTC Touch family is being extended with two new 3.5G smartphones and a new EDGE-equipped handset, according to reports

HTC will launch the new HTC Touch Cruise next month, if reports on the web are accurate.

Taking on the iPhone

Additional specs will include Bluetooth, 128MB RAM, 256MB of ROM and 802.11b or g Wi-Fi plus an additional front camera for video calling, The Unwired reported.

The HTC Touch line-up is to be extended with two new 3.5G smartphones and one EDGE-enabled model, according to the report. Earlier this month, HTC launched the new HTC Touch Dual smartphone, due to hit shops next week.