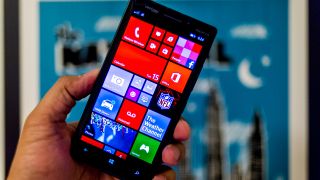 Microsoft may be lining up its next Windows Phone big hitters

Things have been pretty quiet since Microsoft officially took their reins at Nokia, but word has it the company is preparing to make a dash for the mobile podium with a new flagship handset later this year.

According to @evleaks, Microsoft has big plans for a Nokia-made smartphone with the speedy-sounding codename of McLaren.

While there is no news on hardware specs or features as yet, the prolific online leakster says major US networks Verizon, AT&T and T-Mobile have agreed to carry the mystery device.

The roadmap identified by evleaks, which appears to be US-centric and not representative of European launch plans, also features a slew of device codenames all set for launch in the second half of 2014.

The names Makepeace and Dempsey, another flagship handset called Talkman and a phablet called Cityman are listed, but again there's no news of specs for those devices.

After a slow 2014 for the iconic mobile company, it looks like Microsoft is preparing to step it up as we build towards the summer and beyond.