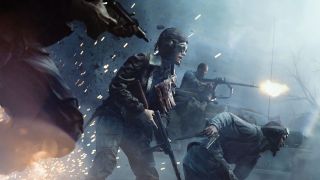 Nvidia has got together with EA DICE to boost the performance of ray tracing in Battlefield V with its GeForce RTX graphics cards via new drivers, with a massive performance increase of up to 50% promised.

This will boost things in a big way in tandem with bug fixes and tweaks made to the new Tides of War Chapter 1: Overture update for Battlefield V, which should arrive from developer DICE in the very near future (it was supposed to land today, in fact, but has been delayed – more on that later).

Changes to the way ray tracing is implemented include an increase in the amount of rays which are utilized as you up the quality level (from low to ultra), and tweaking the system so the rays affect more materials.

Variable rate ray tracing also allows the game engine to direct the rays where they matter to the image the most, and by picking and choosing more optimally on this front, performance is boosted. Further improvements to this are expected in the future, too.

As mentioned, you can expect up to a 50% performance increase, with Nvidia claiming that broadly speaking, you should hit the magic 60 frames per second with ray traced reflections on ultra at a resolution of 2560 x 1440 when using a GeForce RTX 2080 Ti.

Over at TechRadar Towers, we took the new Nvidia drivers for a spin in Battlefield V using an RTX 2080 Ti, but found no change in performance with ray tracing on ultra at 2560 x 1440. We guess the Chapter 1: Overture update is also necessary to see any performance boost at all, so we’ll have to wait for that to land.

EA was supposed to release the update today, but issued a statement to say that it has encountered some issues, and will be pushing back deployment until the problems are resolved. The company noted that “we don’t anticipate this being a long delay”, and we should hear more on the expected timeframe soon.

Sadly, one other quick point to note is that the new GeForce driver caused some weird visual glitches on our HDR monitor (although as ever, your mileage may vary).