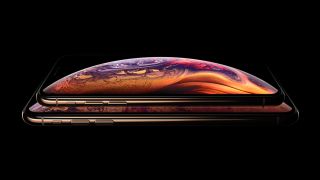 Check out the official iPhone XS and iPhone XS Max marketing images from Apple shown at the top of this article: can you see the notch on the screen? Does it really matter? Do you think Apple is deliberately misleading people as to the screen size and format? According to a new lawsuit in the US, yes is the answer to that last question.

As Business Insider reports, a woman from California has starting the process of suing Apple because she claims it wasn't clear the iPhone XS had a screen notch when she bought it. It's a case of "missing pixels" the lawsuit documents say.

This case is still at the very early stages and it's not yet clear just how strong the argument is either way – or whether a court would rule on it – but the way Apple hid the notch on its iPhone XS and iPhone XS Max promotional images did attract comment at the time. Most brushed it off as a clever marketing ploy.

If the lawsuit succeeds though, this smart bit of marketing is going to cost Apple some cold hard cash. In many – though not all – of the images on Apple's official iPhone site, phone wallpaper is used that conceals the presence of the notch.

Further claims deeper in the lawsuit make note of the redundant pixels around the sides of the display where Apple has rounded the screen off – these make Apple's pixel resolution claims false, the suit declares. The Apple website is "misleading" in the way it presents the new 2018 iPhones, according to the filed documents.

Trying to argue the case that you bought an iPhone XS or iPhone XS Max without actually realizing it had a notch is going to be difficult to argue – it doesn't take much digging to find out – but it's interesting that Apple's promotional campaign has led to this.