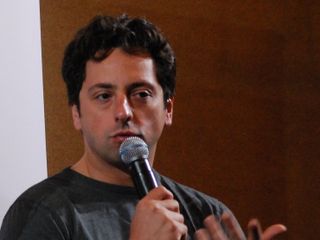 The size of the web isn't the problem for search, Google co-founder Sergey Brin claimed at the Google IO conference this week. Instead, the problem is the kind of questions search users want answered.

Brin says adding intelligence to search is the way to solve the problem. "We are starting to see more inherent smarts in the search engine. Google Squared [a new service similar to Wolfram Alpha] combines information from hundreds of pages and put it in a table for you. You're going to see an increasing amount of that kind of smarts going on - you'll feel the search engine is smart."

The scale of the information Google extracts from the web has been part of the secret of its success, enabling it to use machine learning for everything from picking ads to language translation (Brin didn't mention the advantages of having patents for key search techniques).

"One of the reasons why search engines have been successful to date is because of the sheer size of the web. It's hard to think of something to search for that someone hasn't already thought of and expressed in the same vocabulary; that's why it has been important to do fast indexing and good page ranking," he explains.

But just finding a link to an appropriate web page isn't enough any more, he says. "People's expectations of search engines have increased and at the same time the questions are more complex. That's why we're seeing more success from smart techniques.

"For a long time Google has not just searched for your exact terms, using things like synonyms. Over time you'll see those kinds of techniques increase – and you'll see some surprises in the next few years."

Those techniques will come out of ideas that are just research now, just as today's search was once research. "From my point of view, it's pretty exciting to see some of the concepts that were PhD theories ten years ago actually becoming lots of applications and affecting peoples day-to-day life. It is remarkable to me how quickly the world is moving."

Although the performance and power of the browser have improved significantly from five years ago when the Gmail team argued over if it was possible to create a mail app in JavaScript, Google "still has a way to go," says Brin.

This is a key theme for Google as it pushes the tools it wants to see in HTML 5. "Every 18 months software becomes twice as slow as it was," he says;" it's the inverse of Moore's Law" (a principle he calls Page's law as a tribute to co-founder Larry Page).

"The hardware manufacturers have managed to offset that, along with the incredible developers we have had. But we would like to break Page's law and [have] software become increasingly fast over time, even on the same hardware," says Brin.

"When we put together efficient software with the incredible hardware we have today, you will be able to do things that were impossible before. You will be seeing apps that were science fiction a decade ago popping up."

Asked what Google could teach traditional media about making money online, Brin also revealed that even AdWords wasn't an overnight success. "In 1998 search web pages were the least valuable [pages].

"They were absolute junk; they were worth ten times less than almost any other web page in terms of putting ads on. In our very first attempt we found relevant books on Amazon and linked to them and we linked to the Amazon affiliate programme. We made enough to cover pizza for the team that developed it."