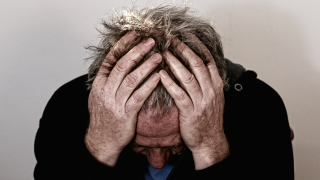 Migraine ranks in the top 20 of the most disabling medical conditions in the world, yet researchers say that it's poorly understood, with many people failing to report it to their doctor, or not listing their symptoms comprehensively.

Now, however, a team of headache researchers is hoping to improve knowledge around the disorder by releasing the results of a study into migraines conducted on social media.

In particular, they wanted to know how prevalent phantom tastes, sounds and smells are among sufferers.

A team lead by Matthew S. Robbins reached out through the Daily Migraine - a website with a message board where those with migraines discuss symptoms and treatments.

Many also reported auditory experiences during migraines - including ringing sounds, buzzing and music. Phantom tastes were the least common symptom - with those who reported them experiencing the taste of either blood or food.

"Given the onerous physical and emotional impact of migraine, an online forum is a unique resource to the professional headache community to help us improve how we diagnose, care for and treat headache and facial pain syndromes," said Cynthia Armand, who contributed to the study.

"For individuals affected by these neurological diseases, an online site may provide more anonymity and a community, making it a safe place to be open and honest without fear of being judged or marginalized."

The team's research was presented at the conference of the American Headache Society on 10 June 2016.