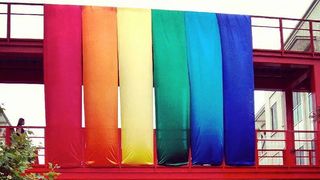 Even if you're not a huge fan of Zuckerberg and Co, Facebook has taken a giant step for social media and its users today.

An announcement found on the Facebook Diversity page notes that the company wants its users to feel comfortable expressing themselves and that, "An important part of this is the expression of gender, especially when it extends beyond the definitions of just 'male' or 'female.'"

People can now choose "custom" when editing their Timeline and even select a pronoun of their choice.

Though Facebook is a very public space, users will be able to decide who they want to share the newfound customization with.

Still a ways to go

Custom actually isn't all that customizable after all. There is a space to type in a gender of your choice, but it must be chosen from a predetermined list.

It's likely Facebook is moderating the terms so the public doesn't go hog-wild, but some people still feel like their gender isn't represented, and that it's too restrictive.

Regardless, we're sure options will expand in the future.