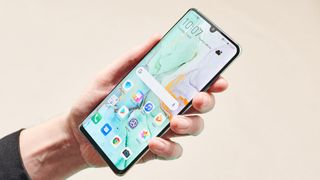 With the news that Huawei may lose access to Google's Android platform, the Chinese smartphone manufacturer is in need of a new operating system for its future handsets, and its name may already be decided.

It appears Huawei has trademarked a few names in Europe, with the applications spotted by Android Headlines, which point to a new operating system which could be called Huawei Ark OS.

There are, in fact, several names that Huawei has trademarked around this moniker, including "Huawei Ark", "Ark" and "Ark OS".

New OS already in the works

We already knew Huawei was working on its own PC and mobile operating systems, in case such a ban came in, so the news of a possible name being trademarked isn't all that surprising.

There's no guarantee that Ark OS does relate to the firm's new mobile platform, but the timing certainly appears to line up nicely, with reports suggesting it may be ready for launch before the end of the year.

It's still not clear whether this is officially the end of the line for Huawei's Android partnership, or if a U-turn by Google may still be on the cards, but the Chinese firm will likely have an uphill battle if it is forced to move onto it own operating system.

We've seen a number of alternative mobile operating systems struggle to gain traction in recent years - such as Windows Phone, BlackBerry OS, Sailfish OS, Ubuntu for smartphones and Firefox OS - proving it's not easy to break away from the established players of Android and iOS.

A key downfall to many of these alternative operating systems has been a lack of apps, and if Huawei has any hope of its new platform catching on outside of its home nation it will need to ensure it has support for the majority of major apps from launch - which will be no easy feat.