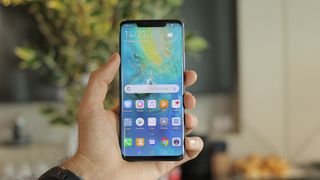 Huawei has been experimenting with fast-charging technology in its phones for the last few years, but a new rumor suggests the Huawei Mate 30 series will introduce the fastest wireless charging yet.

According to a popular Chinese blogger, the company is planning to include 25W wireless charging, making it the most powerful version of the technology on the market.

Currently Xiaomi's Mi 9 is capable of 20W wireless charging. Huawei's tech is unlikely to completely trounce that with game-changing speeds, but it should allow your phone to recharge slightly quicker than that and much faster than other wireless charging devices.

The rumor suggests Huawei will include the feature on both the Huawei Mate 30 and its higher spec'd sibling the Mate 30 Pro.

We can't confirm the source for this story though, so take this with a big pinch of salt. That said, it would make sense if Huawei was pushing ahead in the world of wireless charging, as it introduced some of the fastest wired charging (up to 40W) on the Mate 20 Pro.

That has since been beaten by Samsung's Galaxy Note 10 series at 45W, but Huawei's technology works straight out of the box while for Samsung you have to buy a dedicated charger to hit those speeds.

The latest rumors suggest we'll see the Huawei Mate 30 series launch on September 19, and it's expected the new phones will come with a Kirin 990 chipset inside powering them both.

Huawei has also just confirmed it's pushing back the sale of its foldable Huawei Mate X into November this year.