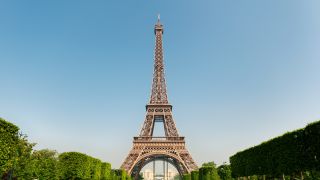 After a 10-year absence, the NBA is finally returning to Paris and today you’ll get to see the Charlotte Hornets go up against the Milwaukee Bucks at the AccorHotels Arena. We’re here to make sure you catch every minute of today’s game - see how to get a Hornets vs Bucks live stream regardless of where in the world you are.

Charlotte Hornets vs Milwaukee Bucks - when and where?

The Charlotte Hornets will take on the Milwaukee Bucks at the 20,000+ AccorHotels Arena in Paris, France.

The first regular season NBA game in Paris is set to tip-off at 9pm local time, so that’s 3pm ET, midday PT, 8pm GMT or 7am AEDT on Saturday.

Charlotte is going into today’s game 15-30 after a less than stellar season and the team is almost at the bottom of the Eastern Conference in 12th place. The NBA Paris Game 2020 will mark the Hornets’ second game in Paris as the team played a preseason game against the Golden State Warriors in France’s capital back in 1994. Can Nicolas Batum help the Hornets secure a win in his home country?

Milwaukee currently holds the top spot in the NBA’s Eastern Conference with a record of 39-6. While this will be the Bucks first game in France, the team did play a regular-season game in London in 2015. Will three-time NBA All-Star Giannis Antetokounmpo be able to lead the Bucks to victory against the Hornets in Paris?

We can see why you wouldn't want to miss all the action when the NBA comes to France - we’ll show you how to get a NBA Paris game 2020 live stream of Hornets vs Bucks from anywhere in the world.

Watch the Hornets vs Bucks game online from outside your country

The problems start if you're abroad while it's on as your coverage will be geo-blocked by the broadcaster. It's certainly annoying, but you can still watch (and you don't even have to slum it with a grainy, illegal feed you've found on Reddit) thanks to a VPN. These services let you change the IP address of your laptop or mobile to one in a different state or country which does have a stream. And it's not even hard to do.

Can I watch with the NBA League Pass?

Well it’s a no and a yes. The NBA League Pass in the US will not be showing the Hornets vs Bucks as the game will be streamed exclusively on NBA TV, which can be purchased separately or as an add-on with League Pass.

However, it’s a different story with the International NBA League Pass which will show the NBA Paris game 2020...shame you can't officially get access to that if you and your laptop's IP address is in the US.

Watch the NBA Paris Game in the US

Basketball fans in the US have two options to watch today’s Hornets vs Bucks game in Paris depending on where you live.

If you live in Alabama, Georgia, Mississippi, North Carolina, South Carolina, Tennessee, Kentucky or Florida, you’ll be able to watch this NBA game as it airs on Fox Sports Southeast but you will have to check with your cable provider first. Don’t worry Bucks fans as Fox Sports Wisconsin will also show the game.

Alternatively, you can also stream the Hornets vs Bucks on NBA TV. The service costs $6.99 per month or just $29.99 per year and it allows you to watch live NBA TV games online. If you’re interested in watching every single NBA game this season, you can also purchase the NBA League Pass with an optional NBA TV add-on.

How to stream Hornets vs Bucks live in the UK

If you don’t want to sign up for Sky just to watch this game, you can always watch it on Now TV with a Sky Sports day pass for £9.99. However, there are also weekly and monthly passes available if there happen to be other sports/games you’d like to watch as well.

Also remember that NBA League Pass is available in the UK and for die-hard basketball fans, it should be your first choice as it allows you to follow your favorite team or even every team in the league, all season long.

Watch the Hornets vs Bucks NBA game in Canada

Canadian basketball fans will be able to watch today’s Hornets vs Bucks game on NBA TV Canada and the network will show the game at 3pm ET / 12pm PT. If you’re unfamiliar with this channel, it costs as little as $1.99 per month but you will need to contact your cable provider to find out more details and to purchase it.

Alternatively, you can also watch this game using NBA League Pass as it is available in Canada.

Unfortunately for Australian NBA fans, it looks like Foxtel won’t be showing today’s Hornets vs Bucks game. However, the game will be available on NBA League Pass. While a subscription did cost AUD $149.99 at the beginning of the season, the NBA is currently running a special where all annual packages are half off.