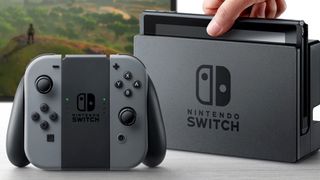 But Nintendo's own dock, as well as being expensive to replace, doesn't always suit all needs, especially as it hides the screen away – and has been accused of warping the console itself.

So, are third-party docks the answer? Possibly not. We've heard about off-brand Nintendo accessories actually rendering the console unplayable – known as 'bricking', given it turns your lovely hardware into a slab of useless plastic – for almost as long as the Switch has been on the market. But one engineer thinks he has the explanation for why.

A Reddit engineer going by the name Vectordriver explains that the implementation of USB-C connections on third party docks could be frying the systems.

In an analysis of bricked Switch systems, Vectordriver notes that it's the Power Delivery (PD) chip that's being burnt out by gadgets from accessory makers like Nyko.

The Switch’s chip can only handle a maximum of 6 volts on the Configuration Channel (CC) pin, but some Nyko docks send out 9 volts, causing the PD chips to malfunction and the console to stop charging altogether. Design flaws by other manufacturers see them trying to ape the design of Nintendo's USB-C plug, but inadvertently resulting in the 15 volt VBus pin crossing with the CC pin.

While Nintendo's unique design may mean that its PD controllers aren't working with standard PD chip compliancy, it's more likely that the third party docks are cutting corners with their own PD controllers, or are using poor quality USB-C connectors.

With USB-C being a relatively new technology, the message seems clear then – if you love your Switch, stick with an official dock.