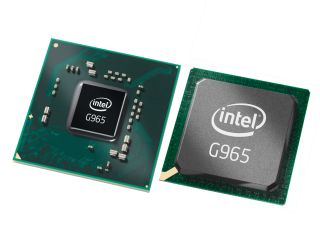 Intel plans to boost the performance of its integrated graphics solutions

Intel has announced plans to deliver a tenfold boost in the performance of its integrated graphics chips by 2010.

Speaking at the IDF conference, Thomas Piazza, the brains behind Intel's graphics technology, said the company was finally getting serious about delivering useful graphics grunt from its integrated chips.

Piazza said the effort to increase performance was driven by an expectation that 3D gaming would become a mainstream activity for PC owners by 2010. Unsurprisingly, Intel fancies a chunk of what it sees as a growing market for relatively high performance PC graphics.

That may not exactly be a revolutionary insight. However, the fact is that Intel's integrated chips are found in more PCs than any other graphics solution. Intel integrated graphics is therefore the baseline to which all game developers must work.

Is a 10x boost really possible?

So, where will a 10x boost in 3D rendering performance come from? Most will apparently spring from improvements in chip production technology.

Historically, Intel's integrated graphics chips have lagged behind its PC processors in terms of process technology. Its current X3000 chip, as found in the 965G motherboard chipset, is based on 90nm technology. We review the X3100 here.

Meanwhile, Intel has been cranking out CPUs at 65nm for nearly two years and will introduce its first 45nm processor as soon as November.

Intel's plan, therefore, is to close the gap and produce its graphics chips from the same cutting edge process technology as its CPUs. By 2010, that means 32nm for both graphics and main processing.

Nehalem will include on-chip graphics

Of course, that's exactly what you'd expect following Intel's announcement of its plans to move integrated graphics off the motherboard and onto the CPU package. This will start with the Nehalem processor family in late 2008.

In all, Intel reckons improvements in process technology alone will deliver an 8x performance. That leaves a relatively modest 2x performance boost courtesy of architecture enhancements and additional functional polish.

Which is precisely where doubts concerning Intel's ability to produce a truly plausible integrated 3D gaming chip creep in. For starters, Intel has been making similar claims regarding high performance integrated graphics chips for years. But it has singularly failed to deliver.

More importantly, the low starting point of its current integrated graphics technology means it's arguable whether a 10x boost in performance will be enough for gamers in 2010.

Currently, Intel integrated graphics are as much as five times slower than a cheap midrange add-in 3D board such as an Nvidia GeForce 7600. The sort of graphics card that many gaming enthusiasts would consider the bare minimum for an enjoyable gaming experience, in other words.

Then factor in the doubling of performance that both Nvidia and AMD's ATI graphics subsidiary deliver every 12 to 18 months. However you slice it, if Intel only delivers a 10x boost in performance between now and 2010, it's very likely it will still fall well short of even affordable add-in 3D cards.

We've a feeling that the words "Intel integrated graphics" will continue to sink gaming enthusiast's hearts for a few years yet.