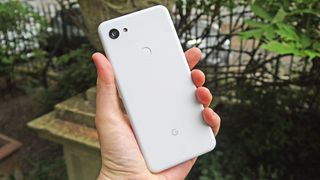 One of the strangest Google Pixel 4a rumors we'd been hearing was that it could be a 5G phone, a curious suggestion since the device is meant to be the affordable alternative to a non-5G phone, but a new leak has seemingly laid the 5G dream to rest.

This information comes from popular leaks website XDA Developers, which has allegedly received information tying the Google Pixel 4a to the Snapdragon 730 chipset (which, importantly, doesn't provide 5G connectivity).

Now it's worth being a little bit skeptical about this information, mainly because it's really unclear where it came from, and secondly because XDA Developers itself was the site propagating the idea of the Pixel 4a being a 5G phone in the first place. Saying that, the idea of a 5G Pixel 4a was pretty questionable to us, so this new information certainly makes sense.

We already know there are likely a few Google Pixel 4a phones coming, as Android source code provided three code names for upcoming devices. The standard Pixel 4a was thought to be 'sunfish', but there's also 'redfish' and 'bramble'.

While this leak seemingly confirms the Google Pixel 4a won't be a 5G phone, we can't rule out the possibility that a possible Pixel 4a XL will have that connectivity, as the larger body could provide space for a 5G modem.

Still, it would be odd for Google to introduce its first ever 5G phone as part of its budget series, and not its top-end devices, so this news isn't very surprising. We may instead have to wait for the Google Pixel 5 at the end of 2020 for the next generation of connectivity on a Google phone.