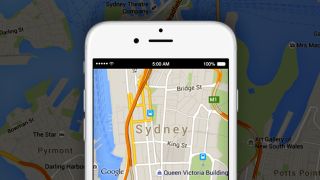 It might come in bits and bobs, but Google is constantly adding new features to its navigation mobile app. Google Maps will now keep you in the loop about local businesses and restaurants, lets you share your ETA with friends via third-party apps, and now comes with improved functionality on Apple CarPlay.

What it lacked was the ability for users to report accidents and speeds traps. While incident reporting was rolled out to users in other regions in July, it’s now being brought Down Under.

Ausdroid has reported that users in Australia can now report accidents and speed camera locations on Google Maps, which will add an icon to represent either a crash or a speed trap.

To use the feature, users need to tap on the ‘+’ within a speech bubble visible at the bottom left corner of the navigation screen. This will bring up an ‘Add a report’ menu with the options of adding either a crash incident or a speed trap.

It’s a handy feature to have, although no-one on TechRadar’s Australian team has seen the update yet, either on Android or iOS. It’s possible that the interactive feature is currently being rolled out to Aussie users and we should see it in the coming days.

However, Ausdroid also reports that adding an incident report or a speed camera location doesn’t display the icons for other users, so we may have to wait for more users to begin registering the incidents for the feature to work.