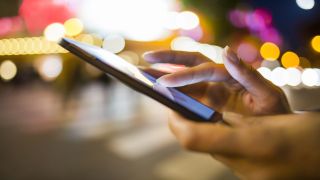 When Google indexes a page, it’s essentially deciding how ready it is for public consumption and under which conditions it will appear in search results. As the world continues to shift its browsing habits from desktop to mobile at breakneck speed, Google has reached a significant milestone in adapting its indexing to the trend.

On Google’s blog, the search giant has announced that it now indexes more than half of all pages that show up in search results on a “mobile-first” basis. This means that the majority of websites ranking in its search will have gotten there based on the page’s mobile content rather than desktop.

Mobile-first indexing as a project kicked off in 2016 when the popularity of mobile browsing overtook that of desktop, but it wasn’t until early 2018 that it finally starting implementing the changes that it had been testing.

Google saw it fit to rank its search results based on the pages that more people would actually be seeing when they click through the link.

Considering some sites still had substantially different mobile versions to their desktop offering, people browsing on mobile might have still seen these sites at the top of their search due to their desktop indexing, resulting in occasionally misleading results.

How is my page indexed?

Thankfully, this isn’t a process that quietly occurs in the background – Google will notify any site owners via a message in Search Console once their site has been moved to mobile-first indexing.

If you’re unsure about whether you've seen this message or not, you can check how your site is currently being indexed using the URL Inspection Tool. If the migration has occurred, it'll state that it's been crawled by “Googlebot smartphone” and will provide the date when that last happened.

Google states that “if your site uses responsive design techniques, you should be all set”, but there are some other issues you can address to help your site make the switch:

Considering the rate at which Google has migrated the first half of its page indexing to mobile, it likely won’t be long until we approach the finish line.