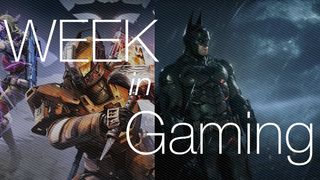 With the excitement of E3 behind us, the ever-present negativity in the games industry settles back down to its regular levels. At even the best of times, there's always this undercurrent of grumblings about frame rate, resolution and various other game-related things like DLC and exclusives and pre-order bonuses, and much of it is legitimate and worth pointing out.

Like most people, I don't really want to see things like Dead Island's pre-order bonus - a bloodied female torso - being pimped out as a "bonus", like having the opportunity to display nearly-naked body parts around my house is some kind of reward, and nor do I want to be charged extra to buy two new maps and a different coloured helmet for my character when that sort of stuff used to come in the base game.

While it seems like these are the sort of decisions a group of "lads" makes on a particularly heavy stag do rather than experienced and presumably well-intentioned business folk in a stuffy office somewhere, the latter is more often the case. Real people are making these design choices, so, of course, the blame has to fall somewhere. But more and more increasingly, the finger seems to point at whoever tries to deal with the problem first.

This week in particular, and especially in the aftermath of E3, people seem to be baying for blood. Luke Smith, director of recently-announced Destiny DLC, The Taken King, spoke to Eurogamer about the issue of asking players to pay £40 for the expansion, and then another £35 on top of that if they wanted the collector's edition, which includes three new emotes - but also requires players to re-purchase the base game.

He defended this decision by saying "you're feeling anxious because you want this exclusive content but you don't know yet how much you want it," following that up with "if I fired up a video right now and showed you the emotes you would throw money at the screen."

Is he detached from the reality of consumers who don't have much disposable income? Potentially. Is he being overly defensive and unsympathetic towards players who have so far been loyal to Destiny? Maybe. But is it his fault that the price tag was set at £40? Perhaps not. Pricing isn't the sort of choice made by developers - that's a business thing. If you've ever worked in any kind of bureaucratic job - an office of any kind, really - then you know that sometimes, higher-ups make decisions that you then have to defend, whether you believe in them or not.

Every big game has these sorts of cogs cranking behind the scenes, which is why the pre-order business is such a burden on the industry these days - it no longer reserves you a copy as much as it just keeps you on the hook, and on the books. It's much more helpful for a video game publisher as it is for you, the consumer, because all you want to do is register your interest out of excitement, or get some pre-order bonus, but when game copies are so plentiful, and pre-order bonuses so often useless (hats, figurines, keyrings, etc.), all you're really doing is assuring the company that you will pay money before you even know how good the game is.

The same goes for Batman: Arkham Knight, the release of which on PC was so disastrous that copies have been pulled from sale completely. With problems ranging from unplayable frame rates to incredible lag, combined with the fact that Nvidia released a "60 frames per second" video that was seemingly sped up to simulate 60fps, and that Warner Bros. were a little reticent to send out PC review copies, there was understandably a backlash. This was most prominently aimed at the QAs (Quality Analysts, who are hired to check for and report on bugs) - because if a game has bugs, some fault must lie with the people whose job it is to check for them.