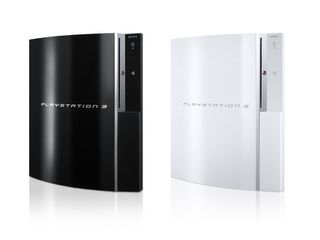 Changes made to the PS3 models have helped Sony's bottom line

Sony's accountants crossed the 't's and dotted the 'i's yesterday on a quarterly earnings report that shows the company is well on the way to recovery and that the beleaguered PlayStation 3 is in rude health even though it still won't hit its original sales target.

The Tokyo firm reported increased global sales and a net profit for the final quarter of 2007 that was 25 per cent up on the same period the previous year at ¥200 billion (£945 million).

Most significant for future prospects was a sales jump in the games arm of over 30 per cent, bringing it into profit after a lengthy period swallowing losses caused by the development of the PS3.

The console itself sold 4.9 million units in the quarter, which was a record high, but still wasn't enough to give Sony confidence to meet its yearly sales forecast. Accordingly, the initial poor PS3 sales led to a cut in the forecast for the year to March from 11 million to 9.5.

Elsewhere in the company's portfolio, digital cameras, LCD televisions and Vaio computers did well, but the days of rear-projection TVs are over, as Sony is ceasing production.

In geographical terms, most of Sony's income came from the US and Europe (53 per cent), with its home territory of Japan accounting for just 15 per cent of sales.