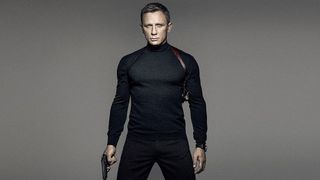 It may be hot in Australia this time of year, but it's about to get cool as ice, with the announcement that Stan will be bringing every Bond film to its streaming service this Boxing Day.

Announced via social media, all 24 Bond films will be offered in glorious 4K Ultra HD resolution – something that was previously only available by purchasing each film on iTunes.

You can expect all of 007's immaculate suits to look sharper than ever before, and we imagine the cars of James Bond will look pretty schmick, too.

The name is Bond. James Bond. All 25 Bond movies.All 6 Bonds.All in 4K.All in one place.On Boxing Day, we’re putting on the tuxedo and getting the martini’s ready as every Bond ever is together for the first time in stunning 4K. @007 - Only on Stan. pic.twitter.com/W8Tnd42FeMDecember 12, 2018

The collection will even include Connery's unofficial entry, the Thunderball remake Never Say Never Again, although the 1954 TV adaptation of Casino Royale (which was James Bond's live action debut) will not be on offer (don't worry – you're not missing much).

Now that Stan is getting the entire Bond library in 4K and has also been announced as Disney's home for streaming content in Australia, it looks like the streaming platform is going to be a very popular service this holiday season – here's where you can find out more about the best movies and best TV shows to stream on Stan.