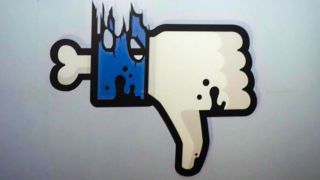 With the wounds from the Cambridge Analytica data scandal still raw, Facebook has banned another third-party company from its platform over the improper use of data – this time it's Canadian political consulting firm AggregateIQ.

"In light of recent reports that AggregateIQ may... have improperly received [Facebook] user data, we have added them to the list of entities we have suspended from our platform while we investigate," a Facebook spokesperson told the National Observer in Canada.

Some digging by the Guardian has already suggested that AggregateIQ may have mined data from Facebook in relation to the Brexit vote, but all of these investigations are still ongoing. As a result it's likely to take some time for the full facts to come out.

For its part, AggregateIQ says it "has never managed, nor did we ever have access to, any Facebook data or database allegedly obtained improperly by Cambridge Analytica... AggregateIQ works in full compliance within all legal and regulatory requirements in all jurisdictions where it operates."

It's been a rough few weeks for Facebook, with data scandals and fresh questions over how it treats user data, but the problems are far from over. Within the next week, Facebook boss Mark Zuckerberg has to give some answers to US lawmakers.